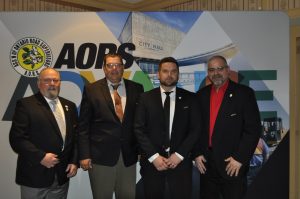 At its 2020 AGM, the Association of Ontario Road Supervisors honoured the winner of the 2019 Marvin D. Halladay Memorial Education Award:  Atrayu Benish, Township of West Lincoln (Niagara Road Supervisors Association).  Each year, the Halladay award is presented to the individual who, among all those who completed the Public Works Leadership Development Program the previous year, achieved the highest overall average over all eight modules.  Congratulations Tray! 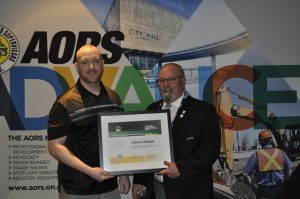